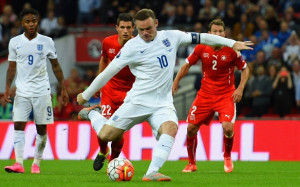 The Premier League is the top league in the English football league system and is made up by 20 clubs. English and Welsh association football clubs can qualify for the league, and the system of operation is dictated by promotion and relegation from the Football League.

As the Premier League is only open to the very best clubs in England and Wales, it’s no secret that you can expect some pretty spectacular football during these games. With 20 teams each team will play a total of 38 matches each season, playing one home game and one away game against another team in the league.

There are 380 games per season and 34,200 glorious minutes of football. That is almost 600 hours if you want to catch them all!

Here you’ll find a collection of videos showing some of the most spectacular goals from the Premier League.

Moments too big to ever be forgotten, and players who deliver above and beyond what we are accustomed to see from mere mortals. These goals are all incredible in their own way, and the players who scored them have all galvanised their place in football history through these unbelievable moments.