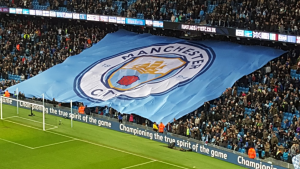 Manchester City is a football club that started in 1880 when a club known as St Mark’s was founded in Gorton, in east Manchester. The club was renamed 14 years later to Manchester City.

The club made it to the highest division of English football for the first time in 1899. From then, City has experienced twenty-two additional relegations and promotions. However, for the greater part of their history, City has been in the top division of the English league football. The club has attained the League Championship four times, the League Cup three times, the FA Cup five times, and the European Winners’ Cup once.

One of the Founders

Manchester City was among the founders of the Premier League in 1992, and in 2003 the club wrestled its way to the top of the League, thrashing Manchester United, winning against them for the first time in 13 years. They then succeeded in winning the UEFA competition the next season.

The 2011/2012 Premier League saw the most dramatic finish of the season with a last-minute goal scored by Sergio Aguero in the game between Manchester City and QPR. That goal gave the club the long-awaited title, and in 2014, they repeated that achievement under the management of Manuel Pellegrini.

As of the 2014/15 season, City had played a whopping 5,109 competitive games, and the club had retained 86 seasons in the top division of English football, 25 seasons in the 2nd division, and 1 season in the 3rd division.