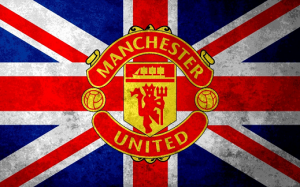 Manchester United is one of the most popular and well known football clubs in the world, with international followers all around the world. The club was founded in 1878, over 140 years ago, under the name ‘Newton Heath LYR Football Club’.

Since its foundation the club has enjoyed great successes, including:

The Wagon and Carriage department of the Lancashire and Yorkshire Railway depot founded the team that initially played against other railway companies and departments. The first recorded match was played in November 1880 and by 1888 the club was part of founding a regional football club called ‘The Combination’.

Following financial problems at the turn of the century, four local businessmen invested in the club in order to save it from insolvency. On 24 April 1902, the club was officially renamed ‘Manchester United’. By 1908 the club had won its’ first league title. Manchester’s FA Cup title came the following year in 1909. In 1910 the club moved to Old Trafford, which is still its official stadium.

A Phoenix From the Ashes

After a few decades of less success, the team returned in the late 1940’s and won the FA Cup in 1948. The success kept coming, but in 1958 Manchester United was struck by tragedy, as a plane crash killed eight of the team’s players. The disaster was followed by global support and tribute, yet the team managed to emerge strong with important players such as George Best and Bobby Charlton leading the team forward. The club went on to become the first English club to win the European Cup final in 1968.

Probably the most successful period in the club’s history started after the appointment of manager Sir Alex Ferguson in 1986. Sir Alex Ferguson retired at the end of the 2012/2013 season, but remains a vital person in the club. Ferguson still remains a director of Manchester United FC to this day, alongside Booby Charlton and Michael Edelson. Currently, Louis van Gaal holds the manager title, and he has continued the work toward keeping Manchester United at the top of European Football.