When it comes to the most followed soccer leagues in the world, the Premier League is considered to be the best. Established in 1992, the league has become one of the most followed football tournaments, due to the participation of the best football teams in Europe. 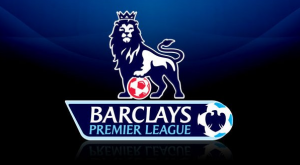 The Premier League works like a corporation, where 20 member clubs act as shareholders of the league. The season for the participating teams start in August and runs until May. According to the program, all participating teams should complete 38 matches, for a total of 380 matches during the season.

Tracing the History of the Premier League

The Premier League is a relatively new organization, formed after a few clubs decided to leave the original Football League and take advantage of growing influence of television on the game. This was formally established on February 1992, with 20 founding club members.

As of 2013-14, the rights to cover the matches were worth roughly £1 billion, making the league one of the most profitable football leagues in the world. The league is also the most-watched football tournaments, with matches beamed to more than 200 countries, and viewed by more than 4 billion people worldwide.

Although there are 20 participating clubs and teams, there are four teams that are considered to be the most dominant throughout the league’s history. These teams are:

These clubs are considered to be the most dominant, because these were the most successful teams over the last few years. During the 2003-04 season, Arsenal managed to win the competition, without dropping a single game. This was both an interesting and problematic development for the league. In particular, it was noted that the game was in danger of becoming ‘boring’. Fans loved the idea of having the ‘Big 4’ with Arsenal and Chelsea on top of the ladder, but some critics pointed to the predictability of the tournament.

Starting in 2009, the landscape of football changed and the ‘Big 4’ was soon challenged by the emergence of other top teams to contest the championships. Two teams managed to show some confidence and have grown significantly over the past few years: Manchester City and Tottenham Hotspurs. Although, there are still some concerns regarding the popularity and dominance of the four biggest clubs in the league, other teams are slowly boosting their funding and attracting the best talent to continue a challenge to the ‘Big 4’ dominance.